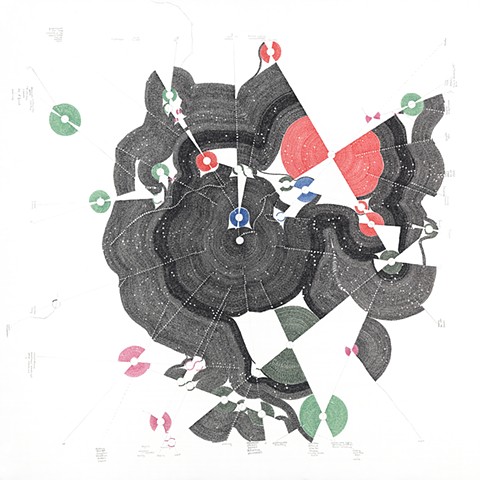 The circular rings in this drawing converge, split, and divide, marking the first time two notations crossed paths. At this crossing I chose to make a new start to a circle, the blue circle just above the center, resulted in a strong shift of direction in the composition, and many more crossed paths. Made shortly after I moved this is a reflection of the overstimulation I felt. The color circles in this drawing grew to varying degrees creating a visualization of the unpredictable.